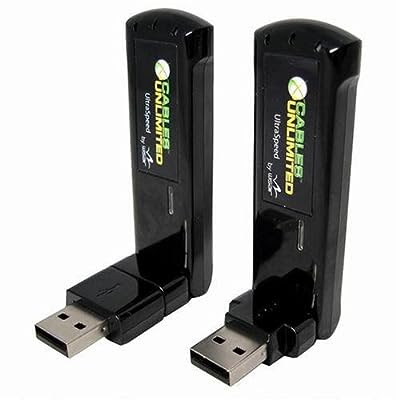 So after using the eye-fi solution for quite a while, I felt it was nice, something useable for simple see the pictures after the shot, but not with any speed. Most professionals want a quick near instant response like that of USB tethered commercial solutions. So with my D300 I thought it would be great to have live view over a wireless connection, and the ability to review photographs taken with a near instant preview. To do this I looked at Nikons WT-4a, a very nice solution with a not so nice price somewhere north of $700. I can't justify that as a non-full time photographer.


I mainly wanted to be able to shoot in a studio environement and see the image and light quality quick and easy. I also thought it would be a great tool for teaching where I can shoot and have everyone see the image. So I had seen that a new USB spec had come out for wireless, and that there were a few devices built extend traditional USB wirelessly. The device I chose to implement my "homebrew" wireless tether was the Cables Unlimited Wireless USB Adapter Kit. I bought mine back in January when I did this project, it was closer to $80 back then, now they can be had for under $40.

So for under $50 you can have wireless USB tethering that will work on most any camera! There a quite a few buts however. 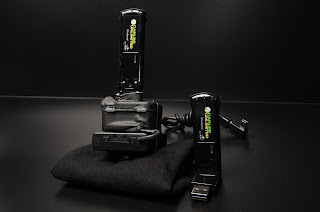 So heres my homebrew project. I built in back in late january and it works pretty good. Initial startup is a bit slow to start Nikon Capture, but once it shows connected to the camera its the same as if it were connected via USB cable. I removed the power module that the USB remote drops into, and put it in a temporary box to test the concept. Underneath it is a 4 AAA powerpack that it soldered onto the module. I wanted to be able to reverse things if it was totally awful. The Dongle on the right will plug into my laptop. 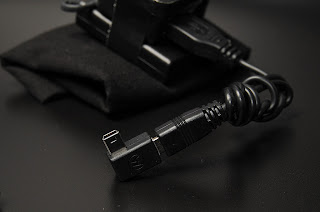 Another thing I did was buy this right angle adapter designed for Motorola cells phones. It allows the USB cable to run up the side of my D300 rather then sticking straight out which is a recipe for distaster in my book.

Here a link to where to get the Right angle adapter. I'd recommend it even for wired tethering as its more likely to reduce damage if stressed. 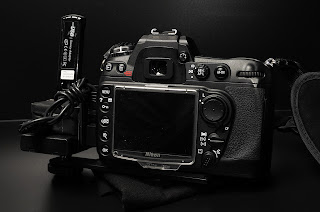 So heres what it looks like mounted on my camera. I used a cheap flash bracket I had lying around, put a connector onto the battery pack with a 1/4" thread so that the plate could screw onto it. its a little bulky and eventually I'll put it into a better box, I'm still trying to find one I like. I did consider putting it into a hot shoe type mount, but I wanted to keep the top free as I use the pop up flash as a commander. Another Option I've been toying with is integrating the whole affair into a camera strap. 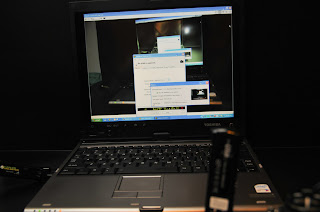 So hows it work? Well it connects a little slowly to Nikon Camera Control 2, but once connected it runs well. Transfers are very fast, about 4 seconds for a Fine Jpeg from my D300, and 8 Seconds for a RAW+ fine. (I think this might be even faster then the WT-4a, as wifi is a slower protocol) Live view works great as well, a little slower then a direct connection, but fully useable for doing live view. This will open up some interesting possibilities for me to set the camera up somewhere that I might not be able to see what I'm pointing at. One thing that is a little annoying is the camera is in PC mode and I can't actually preview on the camera LCD while I'm tethering.
Battery life is also pretty good, I've gone over 2 hours without depleting a set of batteries, but I left the power on so I'm not sure the exact duration of time that they will last. I will tell you that using rechargables will be an issue as you'll need either an upvoltage convertor or an extra cell to meet the 5 volt minimum is requires.

All in all It was a fun build, I always get questions when I use it. I have found it quite useful in a teaching environment when trying to show people lighting effects in a large group. Being able to have a shot show up nearly instantly on a 12" tablet or projection screen is quite useful.

PS - Since everyone has been asking where to get them for $40, here a a link